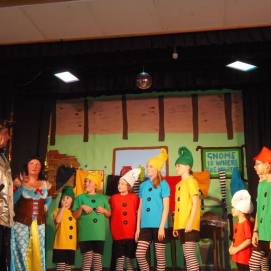 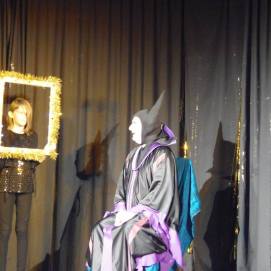 Following on from the very successful Panto, Aladdin the year before, Exton concluded 2016 by producing a variety show bursting to capacity with talented individuals. From the rhyming mini production of ‘Snow White and the Seven Gnomes’ through to musical, dancing and acting segments of all types, this show truly did offer something for everyone. There was a lovely review posted for the show that truly summed up the experience.

“The entertaining show contained two pantomime stories & a whole array of other acts, starting with an amusing introduction & jokes by compere Simon Bolt.
Music throughout was by Trevor Perkins on keyboard, his humorous ad-lib comments added to the fun.

The audience were treated to Snow White the Seven Gnomes (yes gnomes) an unusual short comedy version of the traditional pantomime show. This set the scene for the hilarious entertainment to follow and involved many children from the village.

The entertainment continued with a wonderfully varied programme.  Abigail and Rachel Pattison tumbled their way around the stage while Emily Pattison and Annabel Pagliero gave us several festive tunes on violin and flute.

A trio of Exton’s leading ladies performed a rhyming comedy sketch where a customer tries in vain to buy lace in a department store and is wrongly directed by the assistants to every floor.

The first half ended with Brian Wood and Eddie Genrey singing numbers from Flanders and Swann, ending with Flannagan and Allen’s Underneath the Arches.
​
Interval with hot mince pies, which were enjoyed by all.
​
The entertainment continued with a song and dance routine from Lynn Spry and accompanying chorus. Rachel Feeny-Williams then treated us to a cheeky version of a well known Victoria Wood song Lets do it.

Next up were five actors with a very alternative version of Cinderella, the whole pantomime performed in one liners and with deadpan voices – very funny!

The Show ended with the full cast on stage singing the Tommy Steel classic Flash Bang Wallop. A great evening of fun entertainment had been enjoyed by all.  Exton has got talent.” 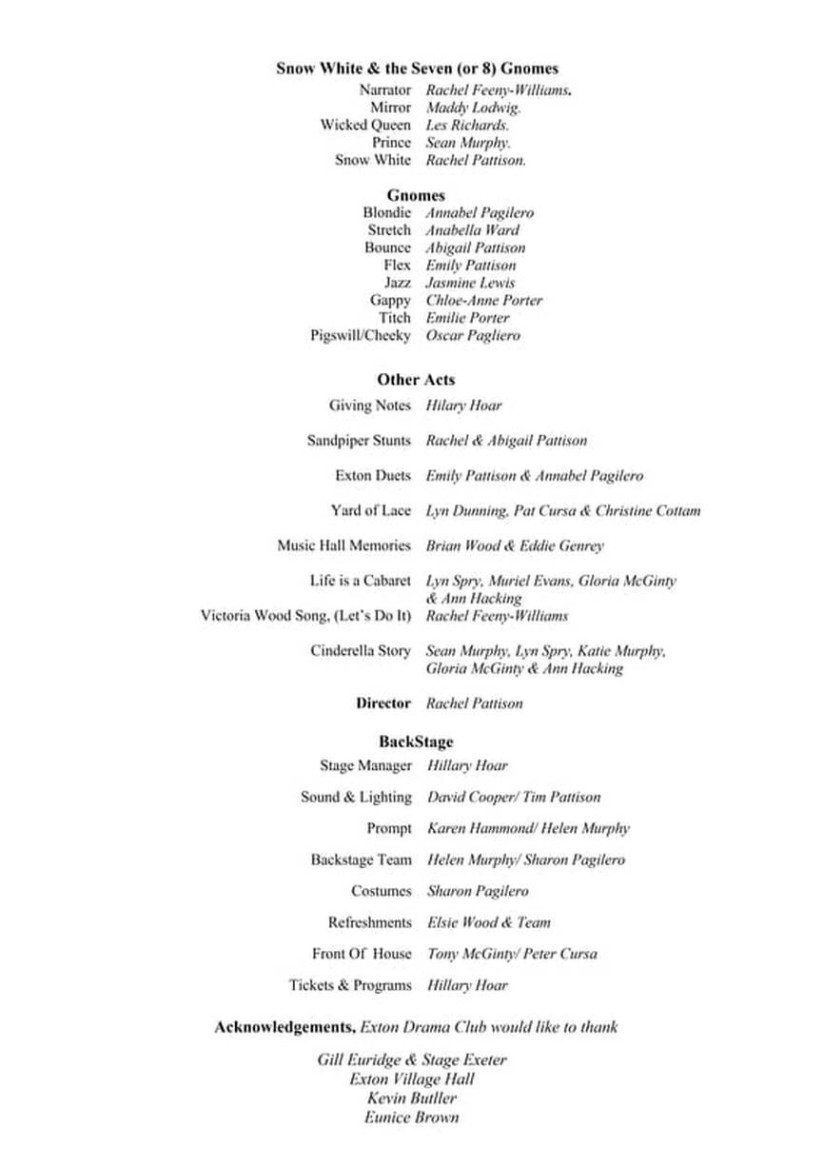